The beautiful boat with the dorky name, LPB stands for Long Pointy Boat. The LPB is my answer to those who feel the need for speed. It’s no secret that I lean towards shorter kayaks, preferring to sacrifice the extreme top end of hull speed for a boat that is more stable, maneuverable, and easier to push.

For the few who really are cranking along at 5+ mph everywhere they go, however, the LPB is every inch an athletes kayak. Pulling much of it’s genetics from race, rather than sea kayaks, the LPB features a narrow catch and higher knees for superior power delivery, a rounder hull, and a long thin knifing bow that will cut oncoming chop and reduce bobbing. Retaining about seventy percent of the handling capability of the F1, the LPB sacrifices some stability to gain about 1 mph of hull speed to the top end. The LPB is a good choice for the dedicated fitness paddler who still wants a touring capable sea kayak. 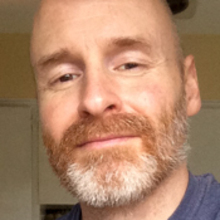